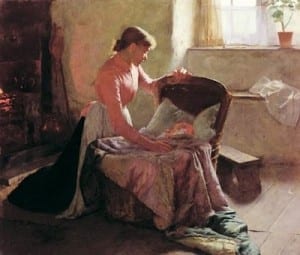 This piece about how British liberties are being systematically taken from families was contributed by British WOW members.

For the last few days, we in the UK have had a reprieve from the Great Brexit Betrayal, as our Parliament of Traitors has gone into recess, in order for our MPs to enjoy their party conference season: a time when politicians and their party members retire to the seaside, congratulate themselves on a job well done and scheme for the reopening of Parliament in a few weeks’ time. And, oh, hasn’t it given us some laughs? A cursory glance at Twitter will show just about anyone how hilarious it has been – how the country’s conservatives (with the notably small “c”) have chuckled at the Labour Party, in particular, and their folly. “What larks, Pip”, they giggle. “What larks!”

We have seen, for example, Emily Thornberry, the Shadow Foreign Minister, standing on a podium before her party delegates, addressing them all as “comrades” and regaling them all with tales of her youthful dalliances. With a wink and a nod reminiscent of Hattie Jacques in the old Carry On films, the venerable Ms. Thornberry told the packed room that, as she was lying with her head in a gutter following an accident, her life flashing before her eyes, she thought: “Blimey, that was fun … and it wasn’t running through fields of wheat, comrades!” The compliant BBC dutifully let the camera pan the room, showing how the audience laughed …Oooh, Matron! Saucy! All the while, conservative Twitter shook their heads and collectively smirked at her silliness. What larks!

Then there was the risible Diane Abbott, Shadow Home Secretary, butt of a thousand memes and alumnus, no doubt, of the same School of Mythical Economics as Alexandria Ocasio-Cortez, cheerfully informing a BBC reporter that, despite having sent her own child to a fee-paying school, she nevertheless supported the Labour Party’s proposals to “abolish” private schools and “integrate” their wealth into the State Education system…

… and it is here, I am afraid, that the laughs began to die down. Just a few short months ago, this suggestion was being floated by a handful of backbench MPs, whilst the country’s middle classes smiled and thought that such a thing could never, really, happen. Surely nobody could seriously believe that the long arm of the State would reach into the privately-owned property of independent schools and appropriate their wealth, to redistribute it as they see fit? No, certainly not. To remove parental choice from hardworking mothers and fathers who go without, in order to give their children the very best start they can afford? Never.

Yet, here we are. In Britain now, our Opposition Party openly states that it intends not only to prevent parents from choosing the best school for their child but, moreover, to repossess the finances of those schools (which are only slightly less constrained by The National Curriculum – something similar to the American Common Core) and redistribute them into State Education. Naturally, there is one, very notable exception: as pointed out by redoubtable journalist and conservative talking head, Katie Hopkins, this plan does not, of course, apply to the many taxpayer-funded Islamic schools which have sprung up across the nation in recent years.

In this country, The National Curriculum “sets out the programmes of study and attainment targets for all subjects at all 4 key stages” and “all local-authority-maintained schools must teach these programmes of study.” https://www.gov.uk/government/collections/national-curriculum. There is no room for manoeuvre and all teachers must adhere to it. But what of its content?

In December last year, we learned that, “in a victory for transgender rights campaigners”, a school in Brighton had begun teaching primary school children (ages four to eleven) that “boys can have periods too”. https://www.telegraph.co.uk/news/2018/12/16/boys-can-have-periods-schoolchildren-taught-latest-victory-transgender/.

In March, fiery stand-offs took place outside of a primary school in Birmingham, as Moslem parents removed their children from classes in protest at the “No Outsiders” sex education programme, which “they claimed promoted gay and transgender lifestyles” and told Moslem children that “Gay is OK.” https://www.theguardian.com/world/2019/jul/09/protests-against-lgbt-lessons-in-birmingham-primary-school-resume.

Recently, a friend and home-schooling parent drew my attention to a Key Stage 2 reading comprehension assignment which she had discovered in the National Curriculum English handbook. Focusing on the children’s story Bill’s New Frock by Anne Fine, the tasks are designed to “make children aware of gender inequality” and ask them to “imagine waking to discover that they are a different gender.”  All very worthy, I am sure you will agree.

The same Labour Party that wishes to remove parents’ choices when it comes to independent schools has also put forward proposals to “make climate change a core part of the curriculum” addressing “the ecological and social impact of climate change.” Irrespective of the controversy that there is no conclusive scientific evidence that manmade climate change actually exists, children are, under these proposals, to be taught its effects as undisputed fact, in order to prepare them for the “human impacts” (read “immigration”, “increased governmental control” and “higher taxation”) which will inevitably ensue, turning our youth into anxious, Children of the Corn clones of the terrifyingly totalitarian  and pitifully exploited Greta Thunberg. https://www.tes.com/news/make-climate-change-core-part-curriculum-labour-says

Even more worryingly, those who question the received wisdom of manmade climate change could soon be facing legal sanctions, as was debated on 17th September on BBC Radio 2’s daily phone-in programme, The Jeremy Vine Show. At present, of course, this is only a discussion but as my earlier examples illustrate, discussion has its way of intruding into policy … and policy has a way of becoming Law.

From Cradle to Grave

The purpose of this article, however, is not solely to discuss the tenets of The National Curriculum in depth, although I may write another on this topic at a later date. Rather, as the title suggests, its intention is to explore the ways in which the long arm of the State increasingly invades the private family lives of citizens. Which leads me to a few more suggestions which have recently come to light.

Some years ago, I visited the Museum of East Germany in Berlin and saw an exhibition of the Communist Party’s pledge concerning State governance “from the cradle to the grave.” Under the guise of promoting equality for mothers, babies were taken into State-run childcare at a few months old, in order that both parents could quickly return to work. They then stayed in government facilities until the end of their formal education, ensuring, of course, that their indoctrination could be absolute and that they would not encounter dissenting opinions which opposed those of the Communist Party. It should come as a surprise to absolutely no-one, then, that similar ideas are now being discussed in Britain, where debates are taking place regarding longer school days, increased childcare, shorter school holidays and the free provision of breakfast, lunch and dinner – all at the taxpayer’s expense and all designed to ensure that parents’ working days are uninterrupted and that their children’s daily care is provided by professionals, rather than their own loving family. Why run the risk of allowing parents to promote dissenting opinions, when the State can raise a child so much better? Similarly, the Media’s insidious drip-feeding of anti-home-schooling programmes and articles which imply that only dangerous cranks and oddballs would remove their children from the school system, just as the practice is becoming more popular, can be seen as part of the same process: “trust us”, says the State, “we know what is best for your family”. https://www.independent.co.uk/news/education/education-news/home-schooling-department-education-damian-hinds-radicailation-illegal-schools-offrolling-a8849841.html

“Surely this is enough?” I hear you cry. “Surely there can be no more? Surely it will suffice, at least for now, to propose the removal of parents’ school choices, to indoctrinate their children with uncorroborated pseudoscience, to propose the care of their children from morning to night and to demonise those who opt-out of the educational system?” Well, not quite – because the socialist Scottish National Party went one step further still and put forth a proposal to allocate a “named person” for every child in Scotland, to monitor family life, provide a point of contact outside of the home and to ensure that no child is being exposed to ideas or practices which dissent from the ideological aims of the Scottish Government. Mercifully, the plan has been revoked – at least for the time being – as parents argued that it amounted to nothing more than a “Snoopers’ Charter”, terrifyingly reminiscent of George Orwell’s Nineteen Eight-Four – but the proposal was made and, as we have already seen, proposals do have a tendency to wend their ways into legislation … eventually. https://www.bbc.co.uk/news/uk-scotland-scotland-politics-35752756

So why am I telling you all of this? Well, firstly, I am giving you a warning.

To my American friends: we in the UK have become so accustomed to Government interference that many people now passively accept this growing encroachment upon our private lives; that which seemed impossible just a few short years ago is now being openly discussed at party political conferences and proposed as legislation. Whilst all of this may sound outlandish to you now, please bear in mind that it did once to us, too – but the gradual drip-feeding of these notions has already begun in the USA, where States like California have shoehorned the LGBT agenda into the school curriculum and proposed making ethnic studies mandatory.

Secondly, to my fellow Britons: this has to stop. There is no end to the incursions which the State will make upon our family lives – no proposal will be too extreme, no interference too great. The long march through the institutions began many years ago – it will not cease; it knows no bounds. If we do not wrest back control of our family lives now – right now – it will be too late. As the silent majority of the country sit back and shake their heads, tittering at the folly of the likes of Abbott and Thornbury, they miss the vital point: the conservatives are losing, the Right is losing … unless we fight for our children now, we will very soon have lost. The hand is hovering over the cradle: don’t let it rule the world.

Secrets to a Successful Education

Back to School, Back to P*rn?