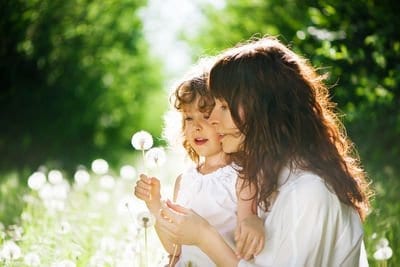 Considering the consistent shouts for equality for women and the blatant attacks on motherhood, motherhood needs defending.

I’m fairly certain public school had a negative effect on me and my identity. When I was a small girl, I loved nothing more than playing house, taking care of my baby dolls, and babysitting. But, by the time I was in the fifth grade, even though I still requested new dolls for gift-giving holidays, I stopped telling my friends I wanted to be a mom. In fact, I was pretty sure it wasn’t cool to want to be a mom.

At school, teachers talked about all the great things women could do that men did, but being a mother and having a child was never one of them. I guess that’s because men can’t have babies and become mothers. The teachers’ message was that all boys and girls were supposed to be the same, and girls could only be happy if they lived like boys. Looking back, I see now that the special things my female biology enabled me to do were being completely disregarded.

On and off the playground some of my friends said things like, “I might have one child, but only if it doesn’t get in the way of my career.” Even though I always had some discomfort inside about these selfishly motivated comments, I gave in to peer pressure and started saying similar things.

As a side effect of disrespecting motherhood, I sometimes became disrespectful, even belligerent, to my “out-of-touch,” weak mother. After all, she was “only” a mother, while other women were changing the world in such great ways through their chosen causes and careers.

I disconnected emotionally, logically and physically from my mother. When I did this, I naturally disconnected from my father and siblings too. Everything I was working toward was all about me. What I know now is that to maintain a disconnection and to rationalize my judgement of my mother, I had to disconnect from everyone. I sadly ignored the fact that my mother was the heart of our home, and everything there seemed to acknowledge her value and the importance of her role.

My husband and I have four children. Plus, we fostered many difficult children over the years. For 19 years I’ve been an at-home-mom and a homeschooler. I refuel by teaching and playing with my children. What do I refuel from? In my spare time, I’m head of an international organization called, “The Worldwide Organization for Women,” and I’m the CEO of my company, “Teaching Self-Government.” These responsibilities require I do a lot of writing. They also bring many speaking opportunities worldwide, including at the United Nations and the World Congress of Families.

I’m not sharing these facts about my life to brag. Instead, I simply want to prove a vital point about the value and importance of motherhood to me and to the world. Some people think the career part of my bio and speaking at the United Nations are my most important accomplishments, but that simply is false. The most powerful and important part of who I am, and the thing that best allows me to help influence the world in positive ways is my motherhood. That role has had an incredible influence on the meaning and purpose of my life.

One sunny Mother’s Day, when I was about 15, my negative views of motherhood suddenly changed during a visit to my grandmother’s home. One by one I saw my relatives take turns expressing thanks for the profound influence my grandmother had on their lives and the power she possessed in her community and among her family and friends. When it was my turn to share something about my grandma, my heart had found a truth my mind had been rejecting for years: mothers are more powerful than anyone else in our societies because they change multiple people’s worlds every day. I ended up declaring that I wanted to be just like my grandmother and have a family like she had. The real meaning and purpose of motherhood hit me hard that day!

Mothers and grandmothers are powerful. They form our characters, set the example for happy living, heal our hearts, point the way to happiness and truth, and nurture our identities. All greatness stems back to the hand that formed and taught the great person.

Motherhood is Under Attack

Today, many believe motherhood is akin to a servant position, while “true power” emanates from women in corporate leadership positions. There are more corporate women in the world than ever before. In some countries, like Jamaica, St. Lucia and Columbia, women are more likely to be the head of a company. It seems women have clearly received the message that they can do whatever kind of employment they desire.

Then why are more and more articles creeping into the media declaring, “Motherhood is Not a Woman’s Most Important Job”? Why attack motherhood?

In a recent article in Harper’s Bazaar, which caters to fashion-conscious women, columnist Jennifer Wright said that motherhood is “not the most important job there is… It is more like a very demanding volunteer position that you can never, ever get out of… producing a younger person is not necessarily the main contribution people make to the world.”

Not only are these statements misleading for women and grossly biased against functioning families (who rely heavily on a mother to unify and strengthen the whole family), but they also simply aren’t true. There is no greater contribution to the world than creating a good, secure, hard-working person who is willing to sacrifice for the greater good. Mothers do this every day by lovingly raising their children. Mothers either create greatness, or they don’t.

Greatness comes from knowing who you are. Parents teach that; it’s called identity. Loving parents give each of their children an identity in a family setting. They also lead their children to the truth about God, as well as the child’s role in His plan for the world. This in turn creates an identity with God.

Motherhood has always been attacked by the godless and the sensually minded of the world. Motherhood is as near to divinity as a person can get. A mother literally joins with God in bringing a soul to the world. A good mother trains her children to love goodness and to have a desire to devote their lives to making the world great, while at the same time helping others find their greatness. Children trained well by their mothers possess public and private virtue that sets them apart from an increasingly virtueless and selfish world.

It stands to reason that motherhood must be attacked by those who want to continue manipulating and having power over societies. To help them achieve this unrighteous dominion, they must keep mothers “in their place.” If popular opinion and negative sentiments about motherhood can be perpetuated, then mothers lose some of their positive and moral influence in societies.

I find it encouraging that articles such as the one cited above are being published. This means that for all you devoted mommy bloggers and proud mommy Face-bookers who keep talking about how much you love being a mother, it’s working. The world is getting the message. You are having an impact! These negative motherhood articles are rebuttals to your positive motherhood messages. This also means that the tabloid magazines (the ones that keep talking about what celebrity is having a baby next) are actually doing something good. Having a baby will always be one of the most exciting things to talk about. It’s such a miracle and a wonder!

It is interesting that sentiments against having children often end up making children look like they are bad for society. If motherhood is bad, then children, the product of motherhood, must be bad too. These messages are manipulative for our whole society.

An increasing number of women are discovering the negative lessons they learned in their youth about unhappiness in motherhood aren’t true. Recently I met an influential career woman on an airplane who heads a pharmaceutical company. We talked about life and our families. When I told her about my four children and introduced her to my daughter she said, “I wish I would have had more children. I kept thinking I would take the time to do that. I had the one, but he grew so fast, and I didn’t stop to enjoy it. If I would have had another baby, I would have stopped working altogether to enjoy the time for motherhood.”

As the president of the Worldwide Organization for Women, I see claims that some countries are doing better because statistics show they have a higher percentage of women working, while the United States is not doing as well because so many women are stay-at-home mothers. The conclusion of those studies is all wrong. Many in the United States continue to value home, family, motherhood, and child-rearing — while some other countries encourage their families to send mommy away from her family and off to work. And many mommies who choose to work (or who must work) oftentimes choose less demanding jobs with less hours so that they can have more time with their children. This is good prioritizing; not failed progress.

This isn’t to say that motherhood isn’t valuable to women who work. It still can be valuable. I work. Don’t forget that I own and run a business and lead an international nonprofit organization. I also write books and speak. But the center of it all is my motherhood. My identity as mother is more important than any other identity or title given to me. The way I spend my time reflects the deep commitment and honor I feel and cherish being a mother.

If you enjoyed reading this you will really enjoy “Roles: The Secret to Family, Business and Social Success” also by Nicholeen Peck