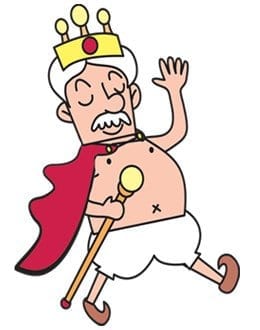 Recently, North Carolina has been called stupid, mean,out-of-touch, etc. because they refuse to adopt gender neutral bathrooms. At the same time, big companies like Target have said that all of their bathrooms are gender neutral. People have walked into Target locations with phones recording in their pockets and asked if they, as men, can use the women’s bathrooms without any trouble. The managers assure them they can and that they will talk to women who give them any trouble. (Some videos and facebook posts about the topic have even been removed because they expose the lack of truth behind the policies made.)

The Family Policy Institute of Washington recently did a video that really sums it all up.

Totally interesting! They point out that some people very easily call perspective truth. It’s kind of ironic that they are on a university campus because traditionally universities have focused so much effort on proof of facts. All the questions he asked the students are all answered with subjective answers. No one got out a tape measure or asked for a birth certificate to find facts.

To some this kind of thinking seems enlightened I think, but to me it feels like that old story about the Emperor’s New Clothes. “Oh, look at those great new clothes. I can’t see them but I better say I do because someone else says they can see them.” The whole time the emperor is naked marching down the street.

Maybe the more “education” people get now days the further away from the facts they find themselves. Education should free us not add bondage by creating confusion. This whole bathroom debate goes against reason and facts. It’s weird that we are even having it.

In the story The Emperor’s New Clothes the emperor’s men tell everyone to prepare to see the very new and expensive clothing. They also tell the people that if they don’t see the clothes then that means the person is unfit for office or unusually stupid.

Who are the swindler weavers today? Who are the emperor’s men? Who will be the little child that calls out, “But he hasn’t got anything on.” Hans Christian Anderson taught us what to do about this bathroom business a long time ago. We need to still consult the facts so that we are not swindled.
I’m sure there will be some who see the bathroom issue with different eyes, but I just keep seeing the facts and it doesn’t add up to be a good idea to change bathroom policies.

I ask myself, “Is it possible that we have been stupid about bathrooms and locker rooms since the beginning? Or, could it be that someone just wants us to buy a new way of living that will make us feel like we are smarter even if we did no fact checking or thinking?”

Here is the story if you need a refresher course. https://www.andersen.sdu.dk/vaerk/hersholt/TheEmperorsNewClothes_e.html

Irreplaceable Mothers: The Power of Moms Who Know Their Roles