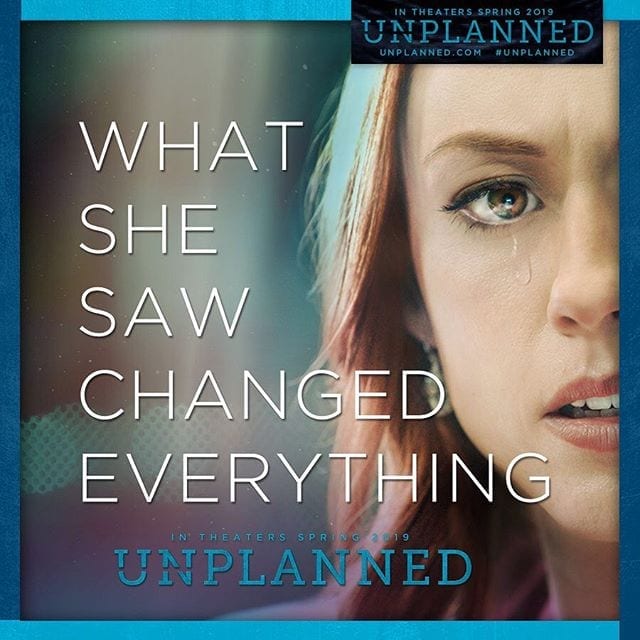 “Unplanned”, the sensitive, caring for all sides of the debate, but brutally honest movie about what abortion really looks like from an insider’s view is healing hearts, causing hundreds to quit their jobs at Planned Parenthood, and giving a welcome message to discuss.Pro-life movies have been made before, but none have been made after some states in the United States came out openly in favor of infanticide and killing full term babies. The family-loving portion of the United States was sick, although kind of quiet and non-confrontational. But, when it came to showing support for life at the box office, “Unplanned” came at the perfect time.

I guess it’s strange to thank the extreme feminists for something, but when it comes to making a pro-life movie a box office hit, they did play their part.

The movie, which came out over a month ago is still showing across the nation in selected theaters. Go see it! Or, go see it again! WOW has never endorsed a rated R movie before, but this movie wasn’t rated fairly. It is obvious that the folks who rate movies had a bias on this one. Many parents are even using this movie to prepare their teenagers for a world where life is devalued and Planned Parenthood is brainwashing the children. WOW recommends taking older children to see this movie and then discuss with them the topic and how easily people get fooled into killing innocent people.

Not only are babies discriminated against, but the producers and actors in the movie have been discriminated against by social media platforms. Just when we thought American was the land of free speech, it is obvious there is censoring going on. The production company made a formal legal complaint and explained how on some of their social media accounts followers were removed and pages were taken down. And, the logo for the movie which is attached to this article was judged as not appropriate for social media as well and removed.

Well, even though some media elites are doing their best to shut down “Unplanned”, we can still show them what America really thinks. See it again. Tell your friends! You’ll all be touched and transformed. It’s worth it!!!

Human Trafficking Being Done By Teens?