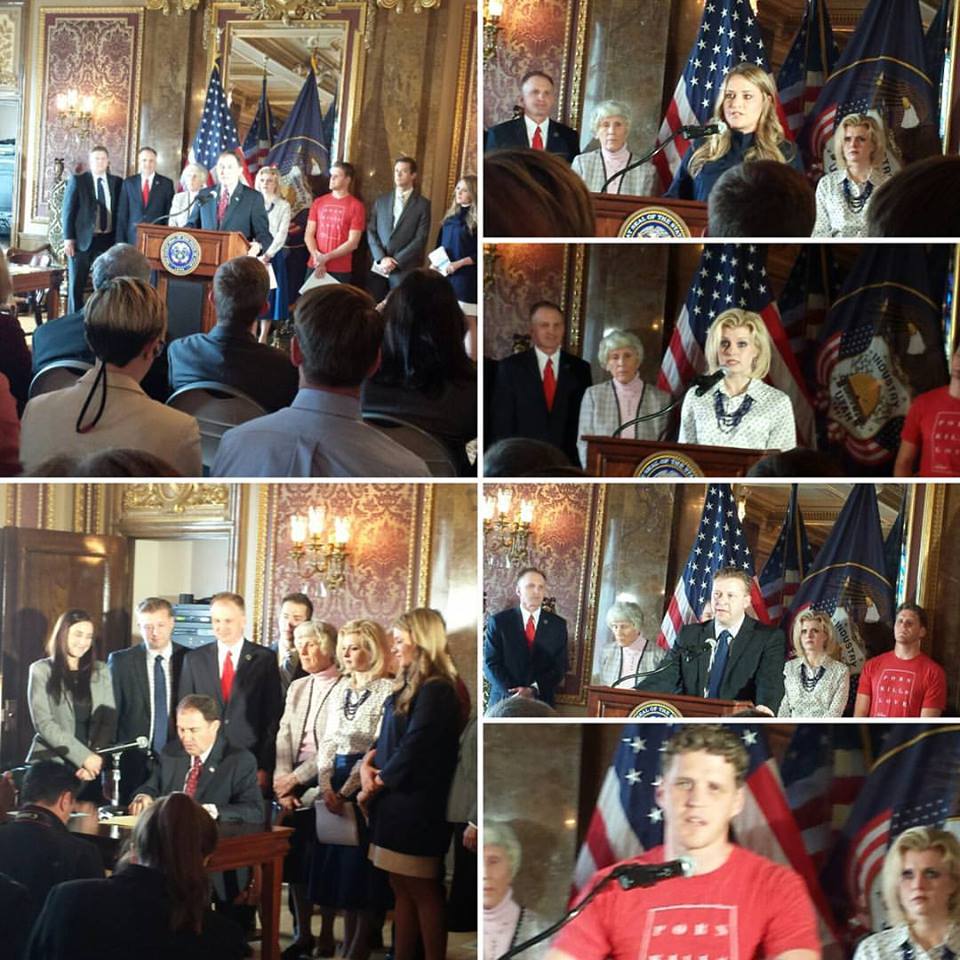 Today in the historic Gold Room in the historic Utah State Capitol history was made. For the first time ever a state body signed a resolution stating that pornography is a public health crisis. Because of the boldness and honesty of this resolution and the backing by medical experts and groups who have studied pornography it was a statement to the world that pornography is not just some other activity like gardening or painting, it has health risks that need to be known; especially because they can effect children in such a devastating way.

The resolution was talked about on “The View” television program, in a recent front page article of TIME Magazine, as well as many other national and international talk and news programs. Even when we were at the United Nations this year multiple people from other nations talked to WOW about the resolution and showed approval. At the CSW [Conference on the Status of Women] conference leaders of an organiztion from Africa told us “it is about time someone points out that pornography leads to violence against women.”

In the press conference and public signing today on Utah capitol hill Clay Olsen of “Fight the New Drug” said that he has received letters from boys and girls stating that they have learned accept violence against women because of exposure to pornography.

Dr. Brian Willoughby, a relationship expert and BYU professor, talked about his research and corresponding research on the damaging effects of pornography sighting that it has been proven that pornography exposure at young ages links to “lower mental health.”

This truly was an historic day! WOW was happy to be part of promoting this resolution this year on Utah’s capitol hill and plans to continue to promote this type of awareness about pornography to help protect children and families from the harms  to conscience, health, and familial happiness that have been proven to occur when pornography is present in the home.