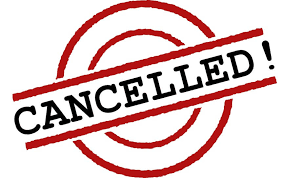 The Worldwide Organization for Women [WOW] has been going to the United Nations CSW [Conference on the Status of Women] conference for many years. But this year we are meeting with the unexpected. The CSW conference, that is as predictable as the New York City St. Patrick’s Day parade, has decide to cancel.

The CSW official statement released March 2, 2020 said, “Following the UN Secretary-General’s recommendation to Member States to amend the format of the 64th session of the UN Commission on the Status of Women in light of the current concerns regarding coronavirus disease (COVID-19), an informal meeting took place today. The Commission decided that the 64th session of the Commission will convene on 9 March, at 10.00 a.m. (EST), for a procedural meeting. The meeting will include opening statements, followed by the adoption of the draft Political Declaration and action on any other draft resolutions. The session will then suspend until further notification. No general debate will take place and all side events planned by Member States and the UN system in conjunction with CSW 64 will be cancelled.”

So, not only has this new coronavirus been able to reroute cruise ships and stop flights to certain parts of Asia, it has now stopped scheduled global conferences.

WOW thinks it’s wise for the UN to cancel CSW this year, even though we are aware that this cancellation is a hardship for many people who were traveling from around the world to New York City to attend.

This year was a big year for CSW because it was the 25th anniversary for the UN Beijing conference which provided a critical step forward for the protection of rights and the acknowledgement of the value of the family unit in societies.

WOW had a great parallel event planned to remember Beijing and to point out where societies can still improve, or have missed the mark, but we will have to wait to see if this event will now happen at a future time.

Wherever you happen to be in the world, take precautions to keep your family safe during the end of this sickness season.