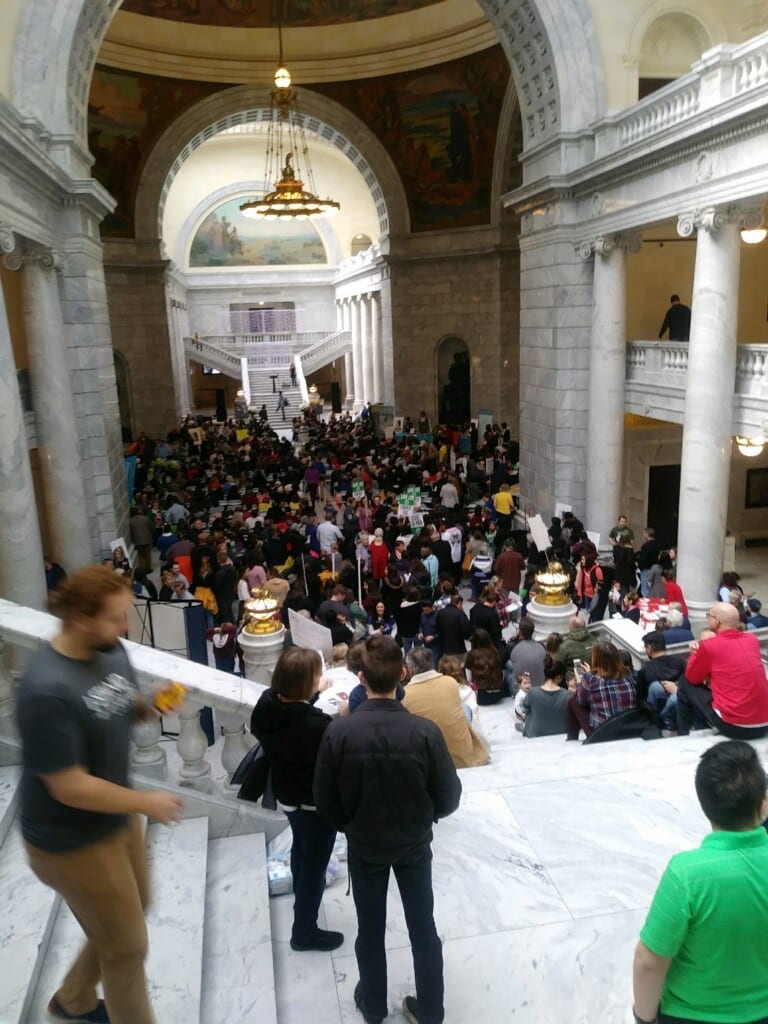 On Saturday, January 25th, WOW members and leadership stood with people all over the world in an international “March for Life” rally. WOW attended one such rally with thousands of Utahns in the rotunda of the Utah State Capital. It was impressive to see the crowds of women, men, and children as well as the diverse religious and ethic groups. Many pro-life organizations were also there to show their commitment to preserving the lives of thousands of annually aborted unborn Utah children. Each rally participant was given a name of an unborn child and information for how to contact their legislators and be an influence on behalf of their unborn child.

The leader of Pro-life Utah, Mary Taylor, spoke, and recognized Utah House of Representative, Cheryl Acton, and Utah Eagle Forum leaders Gayle Ruzika and Maryanne Christensen for their work in 2019 on behalf of unborn children. There were other legislators who also spoke out on behalf of the unborn child and in favor of the pro-life bills that they are sponsoring.

Cheers and applause resounded in the rotunda when an announcement was made that President Donald Trump not only spoke in support for the “March For Life” campaign, but participated in the march himself. No other president is known to ever have done this.

Dusty, the last speaker, was a girl who gave an emotionally painful story of going through an abortion and dealing with the consequences.

Then there was a moment of silence for all the aborted children. 3000 babies a year are aborted in Utah alone! Annually the United States aborts 3000 babies per day, so Utah is faring much better than some states. To put this in perspective, 3000 children would fill a typical Utah High School.

Following the inspiring speeches, the rally participants then marched around the perimeter of the State Capital grounds, showing support for all unborn children. Pink and blue ribbons and flags were on display as a memorial to all babies who have lost their lives in this global genocide called abortion.

No matter where you were this past Saturday around the world, WOW hopes you valued children, babies, and the parents who choose to raise them.